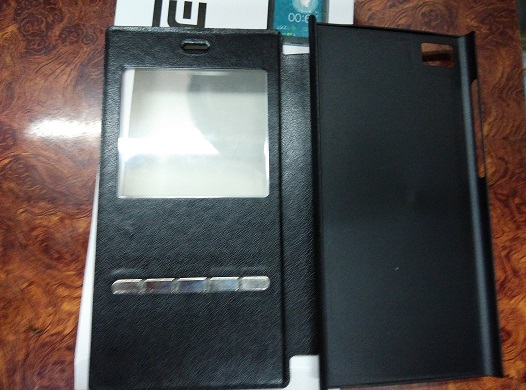 Recently I purchased my first smart phone: Xiaomi Mi3 and I’ve explained how I became one of the few proud owners, over here. In this post, I would like to share my selection of the case and the screen guard.

After flipkart delivered me the smart phone on the next day of the booking, the first thing that stuck me was to get a good case and screen guard for the phone. Initially I thought of ordering the case online over flipkart itself. After exploring few options I zeroed on a particular case but when I searched in snapdeal for other options, I was completely lost with multiple options and couldn’t arrive at the best one. My friends suggested that for case and screen guard its better to have touch and feel. One person gave a good suggestion that we need not think much for the first case and even if it doesn’t work out, by that time we would have got enough experience to buy the better one. I liked it and so decided to buy from a local vendor.

I scouted multiple local vendors and found an interesting case with the very first shop, I visited. The shop keeper quoted Rs 450 as the price. After I informed that I needed two pieces (one for my colleague) he brought down the price to Rs 350 per piece. That was tempting for me but I was not sure if there were better options available. I also wanted to take opinion of my friend before purchasing. So I requested the shopkeeper that I would take few snaps of it. He gave a weird look but agreed for it. Later also helped me with the poses 🙂

Here are the pics that I took: 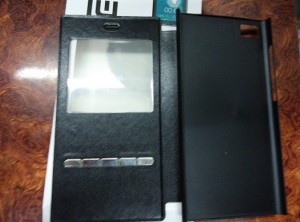 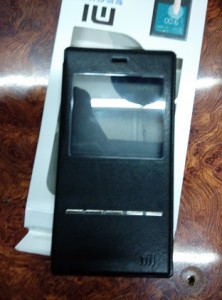 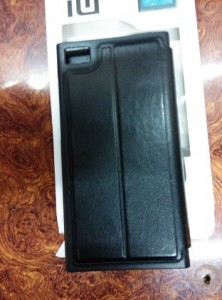 I quickly scanned through other local shops. Most of them were showing Rs 200 wala very normal and rubber kind of cases, which cover only the back portion of the smart phone and for the front side there was absolutely nothing in them. I instantly disliked them. I was also eager to see if Sangeetha and bigger outlets in Forum Mall, Koramangala had better options but came to know that they don’t have any thing related to Xiaomi Mi3.

After these trails and getting confirmation from my friend, I went back to the first shopkeeper. I tried to bargain further, if he could give it for Rs 300. He then challenged that no one else can beat his price of Rs 350. With that confidence I purchased the case and now I’m pretty fine with the choice. The note book kind of cover had metal line on the front. I was worried if that could affect the display. The guy clarified me that it’s for easy navigation without opening the case, all the time for working with the phone and assured me that nothing would happen to the display. This turned out to be a slight wow factor. By looking at the package, it seemed to be the official Xiaomi Mi3’s case. Not sure about the actual price of it but purchased two for Rs 700.

Later one another colleague, on seeing Mi3 in my hands, came to me and inquired about the case. He then revealed his Mi3 which had a different case. He informed to have bought it from Flipkart for Rs 550. I liked the slick design of that blue colored case and it was giving a more sophisticated look. Both of these cases have the feature of folding them as a stand.

As the above shop keeper didn’t have screen guard with him, I went back to other vendor, who is quite famous in our area. He instantly showed me Aroma Screen Guard and told that the price is Rs 160 for Matte and Rs 140 for Clear. This caused me dilemma on what to choose. They clarified that Matte is little thicker and so could subside the brightness slightly and that its great in handling the scratches. On the other hand ‘Clear’ type is very near to be transparent and retains the brightness to the maximum level but the down side is that slightest of the scratches could be visible on it. After dilly dallying a bit, I chose ‘Matte’ as I usually have a rough handling with phones. As I took two pieces, I could get the screen guard at Rs 150 per piece and the shop keeper himself applied it to the phones.